Hate Eddy Rejang’s Behaviour? Well, You Might Be Guilty Of Cyber-bullying With Your Comments!

If you weren’t aware, the Malaysian online community has been in a tizzy commenting about one man’s actions, which may be considered as cyber-bullying.

Just this week, a man named Eddy Rajang drew widespread public condemnation after he posted a video of him berating a Carlsberg promoter. Even though he quickly took down the post, the damage was done.

Within hours, Malaysian netizen took it upon themselves to expose his and his family members’ personal information and publicly shamed him. Going to the extent of revealing where he worked, the faces of his family members and even locating where his young daughter went to school! Some even claimed that they wanted to go to the daughter’s school to track her down.

This was despite issuing a public apology in the following video. This was what he said in the video:

However, despite not condoning Eddy’s actions towards the poor promoter; we do not think Eddy’s action deserved such a reaction either because it is considered cyber-bullying.

Because not only has he issued a public apology; harassing him online can be considered as CYBER-BULLYING!

Moreover, photos and the identity of the Carlsberg promoter are also making their round on social media. The Carlsberg promoter – which we must praise her for high EQ and calmness in responding to Eddy’s remarks – has issued a press release through Carlsberg saying that while she appreciated the encouraging words and support from all parties, she preferred everybody to also respect her privacy.

We respect the promoter’s decision not to further pursue the matter. She appreciates the encouraging words and support received from all parties…Nonetheless, she urged all parties to respect her privacy by not circulating any images, videos and personal information of her

But before we go into the nitty-gritty behind the law, there was another case that took place in 2014 which relates to cyber bullying.

Kiki became an overnight sensation because she over-reacted and retaliated by repeatedly hitting the car of an elderly man who had accidentally bumped into her new Peugeot car. The incident became viral within hours after it was video-recorded and uploaded onto YouTube by an onlooker.

Like Eddy, angry netizens took it upon themselves by scouring through social media and public domain databases to look for Kiki’s personal data and then exposing her personal data to the public.

Such a practice is known as “doxing” or document tracing. It means tracing someone or gathering information about an individual using publicly available sources on the Internet.

Some have posted distasteful remarks on her Facebook page, while others have publicly cursed and shamed her – acts considered as cyber-bullying, with some even threatening to harm her physically.

Similarly, while we do not condone what Kiki had done to the elderly man, we do believe that “two wrongs do not make a right”.

The extent to which the netizens have done is tantamount to cyber-bullying and harassing. Imagine what would happen if someone harmed her using the personal data that they got online?!

Just because the information is available online, that does not mean we all should also behave like a bully by mining and exposing her personal data online.

While many would have agreed that Kiki should not have taken the law into her own hands, or that Eddy had himself to be blamed for doing such a thing on that poor girl, likewise, we also should not behave like a judge, jury and executioner. In the online world, that is considered cyber-bullying. That is precisely why we have the Parliament, police and courts.

In both cases, the authorities have taken the appropriate – and most importantly, LEGAL – method of handling the matter.

Kiki had since pleaded guilty and the court had fined her RM5,000 and ordered her to do 240 hours of community service.

As for Eddy, we understand that the police have opened an investigation file and therefore, we should just let the law to take its own course.

Unfortunately, there is NO law that regulates the disclosing of private information online.

The Personal Data Protection Act 2010 only applies to the processing of personal data in commercial transactions.

That being said, there is also a potential cause of action under the common law right to privacy. The victim will have to sue and prove that his privacy has been invaded.  In addition, he must show that the action has caused severe intrusion into his personal life.

But, there 2 other laws that might get you in trouble.

Eddy Rejang got tonnes of hate comments online. However, those hateful comments can land you or anyone else in the hot water with the law.

A word or gesture intended to insult the modesty of a person is a crime. In this case, modesty includes attacks to a person’s sexuality and also manhood.

Whoever, intending to insult the modesty of any person, utters any word, makes any sound or gesture, or exhibits any object, intending that such word or sound shall be heard, or that such gesture or object shall be seen by such person, or intrudes upon the privacy of such person, shall be punished with imprisonment for a term which may extend to five years or with fine or with both.

A threat to injure the reputation of any deceased person in whom the person threatened is interested, fall within this section.

For example; A, for the purpose of inducing B to desist from prosecuting a civil suit, threatens to burn B’s house. A is guilty of criminal intimidation.

Therefore, leaving comments like “I hope you die!” and “I will hunt you down and kill you”, which are directed towards Eddy, can land you in hot water under s.503.

While we live in the social media age where sharing, forwarding and tweeting messages form part of our daily lives…

We should remember that while technology provides tools that give us convenience, it can also become an invisible weapon. A weapon that indirectly harms someone, without us knowing it or thinking about the consequences.

We have to strike a balance between freedom of expression and protecting the peace and harmony in this country.

About the author:
This article was written by Edwin Lee Yong Cieh, Partner of LPP Law – law firm in Kuala Lumpur, Malaysia (+6016 928 6130, [email protected]) and assisted by Michelle Chang. Feel free to contact him if you have any queries.

The view expressed in this article is intended to provide a general guide to the subject matter. It does not constitute professional legal advice. You are advised to seek proper legal advice for your specific situation.

PrevPreviously...Broke And With A Business Idea, But Is Crowdfunding Really Worth It? We Break It Down.
Next Up...E-Cigarette: It Tastes So Good But What About The Law On It?Next

Taxation on the Internet

In this world, nothing is certain except death and taxes – Benjamin Franklin (1706-90), one of the Founding Fathers of the United States. In October

The New Trade Descriptions Act 2011: For Better or For Worse?

The Trade Descriptions Act 2011 (“New TDA”) has effectively come into force on 1 November 2011. The New TDA seeks to reform the law on 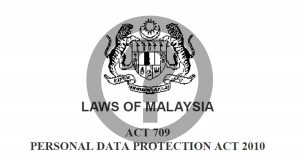 The Personal Data Protection Act 2010 (“PDPA”) is the very first legislation in Malaysia that seeks to comprehensively protect personal data. As we do not

‘Customer Is King’ Might Not Be So True. Or Is It With The New Consumer Orientated Laws?

More often than not, merchants and service providers, through exclusion clauses, force consumers to accept the terms in toto to enjoy goods or services, but

Taxation on the Internet

In this world, nothing is certain except death and taxes – Benjamin Franklin (1706-90), one of the Founding Fathers of the United States. In October

WiFi Piggybacking – Is It Legal?